Gábor Hollerung has paid particular attention to youth musical education and to educating the concert visiting generation of the future all over his career. Both as a conductor and teacher, he got fame for his suggestive and elementary performing style, his entertaining and humorous rehearsals within and beyond the country borders. 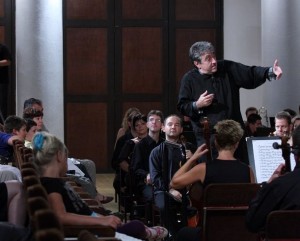